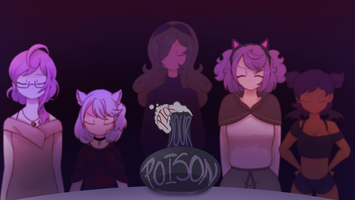 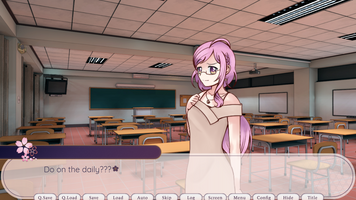 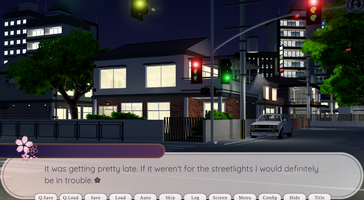 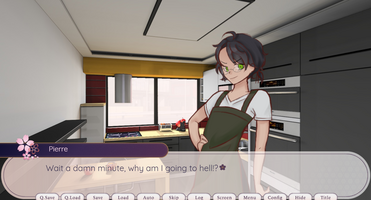 After a LOT of trial and error, I believe that the DEMO version of Pick Your Poison is ready for the masses to enjoy!

A few things to be addressed before we continue on, a lot of things in this novel are subject to change. For instance, Pierre's model is very rough around the edges. This VN was initially made for NaNoReNo 2022 but just barely made the cut off so instead it will be known as its own standalone title.  Voice acting for Selene, Kikimora, and Dolores is in the early stages, however, we may consider full voice acting if demand for this game is present. Other characters (Harper and Sharia) do not yet have voice actors. Their lines will not be voiced until the Selene Update.

That is another thing to address. "How will this game update?"

As it stands, the game will update as each character's FULL routes are completed. For example, the Selene Update will only come out after everything in her route is fully finished. This may take a little bit of time to complete but I will make sure to keep you all updated as production continues.

This demo was my very first visual novel and will in fact have some issues. If you are to encounter one, I would highly appreciate your help in highlighting said problem to me.

That's about all. If you would like more frequent updates or would like to know about other things I'm working on, follow me on Twitter as I am much more active there. Thank you all so much for checking out Pick Your Poison (DEMO)!

Get Pick Your Poison (DEMO)

(18+) Speed dating event is now in town! Ready to find your special someone?